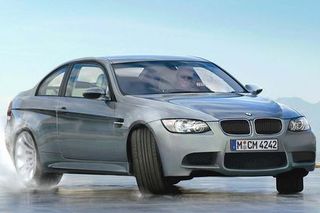 A new version of one of the world’s best-selling high-performance car is preparing for action – and we have the pictures that prove it. We can reveal the all-new BMW M3: The next-generation M3 is the first V8-engined 3-Series, and offers 400 bhp – so expect it to race from 0-100 km/h in a fraction over five seconds, and go on to a limited top speed of 250 km/h. Power will be fed to the rear wheels via a six speed manual gearbox or the latest SMG sequential manual, possibly with seven ratios. 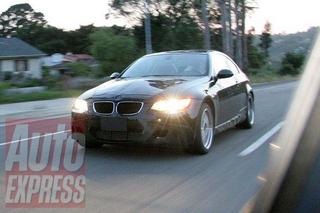 The new car should maintain the M3′s reputation for outstanding handling. The V8 will be more compact than the current in-line six cylinder model, while a longer wheelbase will help with weight distribution. Externally, the car takes many cues from the M5, with twin-exit exhausts, front wing vents and discreet ‘M’ badges, while the look of the all-new 3-Series means an aggressive nose and deeply sculpted flanks.

But, I don’t like it, it doesn’t look like the beast the m3 has set itself out to be, with elegant lines and soft curves it looks more like a Jaguar or Aston Martin. I will have to wait and see it on our roads to make my final decision, because Aston Martin’s are not bad at all.