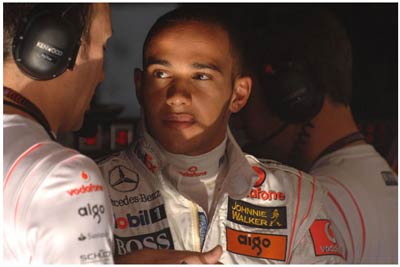 After four races, and a record-breaking four successive podiums for a rookie, Lewis Hamilton leaves Barcelona as the leader of the 2007 Formula One Drivers Championship, something that not even he could have imagined possible when he signed the contract with Ron Dennis back in late 2006. But despite not winning his first race yet in motorsports elite series, Lewis is showing the kind on consistency that allowed team mate Fernando Alonso to take the 2005 title with Renault, and the kind of spirit that made such names as Jim Clark, Ayrton Senna and Gilles Villeneuve title contenders on so many different occasions.

Lewis is bound to make mistakes this year, as have many drivers around him have, but to become the first Briton to lead the championship in over four years, it is something to cherish for the future when, in years to come, Hamilton lifts the important trophy at the end of a season. Probably not 2007, maybe not even 2008, but at some point, the young man will surely succeed in his dream and goal.