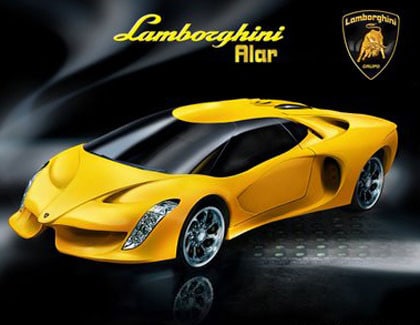 Lamborghini fans could face some indecision over whether or not the company’s latest offering honors their tradition of good-looking cars. The Italian sports car maker is famous for producing vehicles that define beauty and pace. While the latter quality is sure to be found in the company’s latest offering, the Alar, the initial reaction to press pictures of the car has been heavily divided between guarded praise and outright criticism. 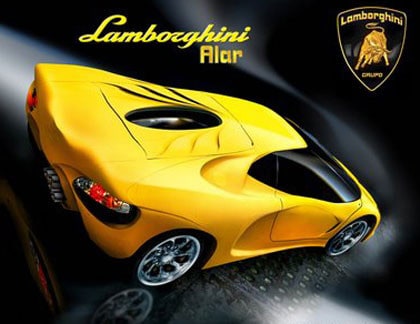 Mulled for sale from March 2008, the Alar features a reworked version of the V12 mill used in the mighty Diablo. The unit has been bored to 7700cc, and produces 770hp at 7500rpm. Thanks to an ultra-light, super-stiff carbon fiber chassis, weight tops out at a low 1200kg. The 0-100km/h sprint is dispatched in a neck-snapping 3.6 seconds, and the fighting bull will nudge a top speed of 410km/h. It is clear, then, that performance will not be an issue of contention. The design, however, is the subject of much controversy. Penned by Joan Ferci (who also created a couple of Diablo spin-offs that include the Coatl and the Eros GT-1), it has been criticized for its radical styling cues.

While we have not seen detailed pictures of the car, one might concede that it is indeed an acquired taste. Decide whether or not this new Italian brute takes your fancy!