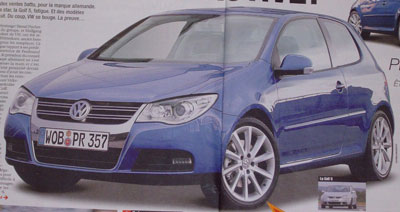 As according to VWs plans, development of the next generation Golf is well underway. The Golf VI is being developed to be cheaper to build than the current Golf V, which has had VW management lamenting many ills: the electronics are too complicated and require highly qualified personnel, increasing training costs. The doors and the multilink rear suspension also require complex assembly techniques, leading to production times almost double those of rivals which leads to high production costs. The result is a car which in 2004 generated ‚¬900 million less than expected, one of a myriad reasons why VW has considered a replacement much earlier than originally planned. 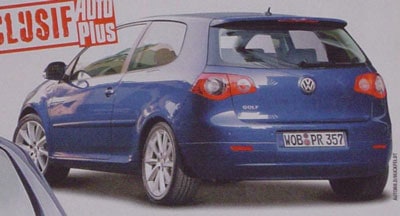 The technical underpinnings of the Golf 6 will remain practically identical to the Golf V, but VW’s management is looking at a 10% yearly reduction in production costs. One wonders if the fact that VW is going to have the next generation Golf and Polo retain the same platform as their predecessors is an encouraging sign.