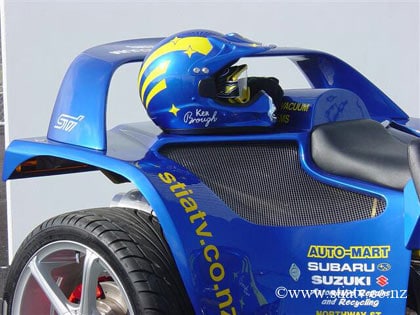 A quad-bike with a turbocharged Subaru Impreza WRX STi engine? We’ve seen some crazy stuff here at Car Blog but this “thing” is totally nuts and we want one ASAP! The hand made ATV (All-Terrain-Vehicle) was built by a Ken Brough, a New-Zealander who describes himself as “a 50-year-old with petrol in my veins”.

The insane quad-bike, which Ken calls the STiATV, is fitted with a 90′s Subaru Impreza WRX Sti engine and a 5-speed gearbox using a clutch assembly from a 1.8-litre Leone. We donâ€™t have any acceleration or horsepower figures but Ken supports that the STiATV weighs a mere 530 kg (1,168 pounds) so performance is definitely not a problem. What may create a few problems is the weight distribution of the AWD quad as itâ€™s split 70/30 between the front and rear end. However, that’s something we could live with. What’s really bad is that, despite his efforts, Ken couldnâ€™t get the STiATV approved for road use in New Zealand. 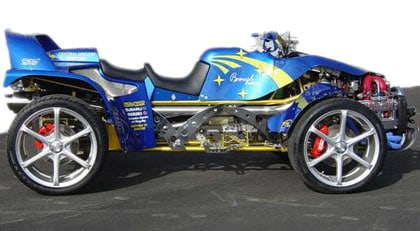 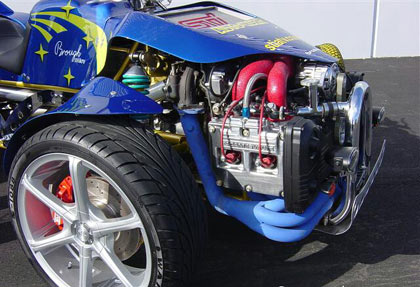