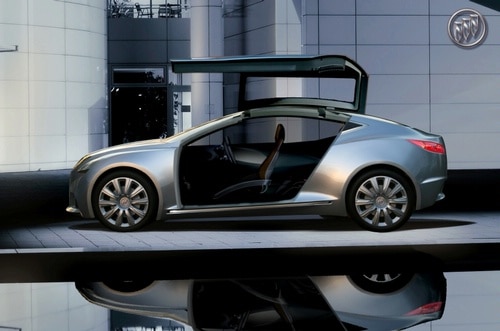 So far Buick’s Riviera Concept was only presented in China at Auto Shanghai 2007 in April, but we’ve heard that it will make its debut on North American soil, next month at Detroit Auto Show. Though we get to see it that much the chances to see it live are very low but rumors say that future Buicks like the next-gen Buick LaCrosse will borrow a lot of features from the looks and the design of the Riviera Concept.

If the picture is not enough and you want to see it exhibited then 19th-29th January in Detroit is the first place, then at Chicago Auto Show from 8 to 17th February.