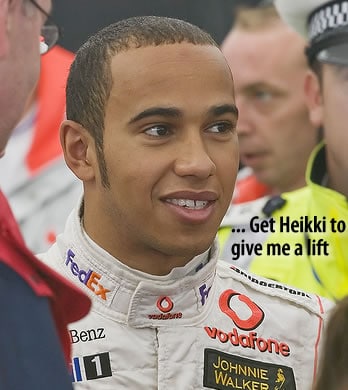 What would you expect from a Formula 1 driver that had a great season this year and finished 2nd on Top Gear’s test track, to do 80mph on the high way? I guess Lewis Hamilton, the boy wonder as newspapers call him, can explain that speed is in your blood so I guess that’s the reason why he was caught speeding with 40mph more than the limit, near Laon, a city in the north of France.

Though Hamilton was “polite and cooperative” consequences included a suspended license for one month and his Mercedes impounded. We will see the 22 year old racer in the 2008 F1 season driving for McLaren, but in the meantime his teammate Heikki Kovalainen should give him a ride if needed.