Hey guys, we’re in 2008 now and I hope we can start it with the right foot. So does ClassicMuscleCars.com which have for sale the (claimed) first ever built Mustang. It’s a 1964 1/2 Ford Mustang Convertible which should cost the new owner, $5.5 million which include a letter from William Clay Ford, full ownership history and of course the original registration plates. As you can see the Convertible Mustang looks extremely well, and that is because it was restored in 1983. 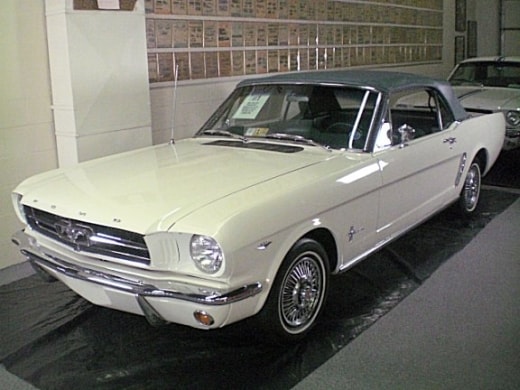 185 models were built on March 5, 1964, used mainly for testing and racing, while March 9 is the date when the first production car – the one for sale – came out. It was delivered to its owner on April 16th, one day before the official launch on April 17th, when Ford sold a total of 22,000 pieces. This explains how rare this 1964 1/2 Ford Convertible Mustang is.