If you were thinking that a joke can cheer a crowd you’re right. But did you know that a Police office that gives a ticket to a Bugatti Veyron that was illegally parked, had the same effect? Downtown Manchester is the place where this Veyron (picture below) got the £60 fine and I can tell you the people are happy!

I’m sure the guy will be just as wealthy after paying it (£30 – two weeks time) and will probably park there again and again until he’ll have his super car towed. That’s something I would be interested to see. 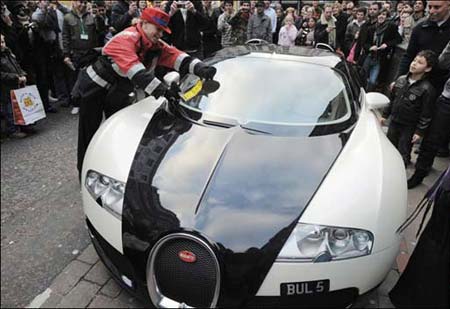