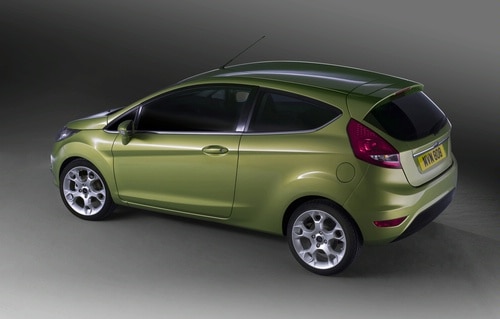 We’re closer and closer to Geneva Motor Show in March and new models keep on coming. Ford just sent a press release in, letting us know that they plan to show off the next generation of Ford Fiesta. Europe is going to get it later this year, while clients in America or Asia will have to wait until 2010.

It has the common features with Ford’s Verve concept, a spacious interior and comes with three and five doors. It’s going to be built at the Cologne plant and in Valencia. Though we don’t have much detail Ford promises “big car features” so I guess we’ll have to settle with some pictures before we know more about performances.