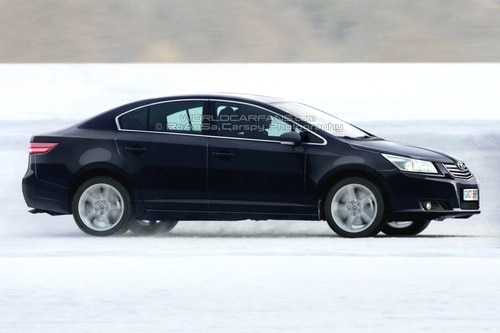 Apparently Toyota is testing their 2010 Avensis model in Scandinavia and our friends from WorldCarFans managed to get some spy shots for us. Rumors say that the 2010 Toyota Avensis may be presented next year in 2009 during the International Motor Show in Geneva.

To be honest the new design is much better with a styled front part and a better looking rear that makes it a very good choice in its class. Toyota is supposed to bring a hybrid engine with all-wheel-drive and a diesel hybrid in 2010 on the new Avensis and it’s said to feature a high mounted gear lever.