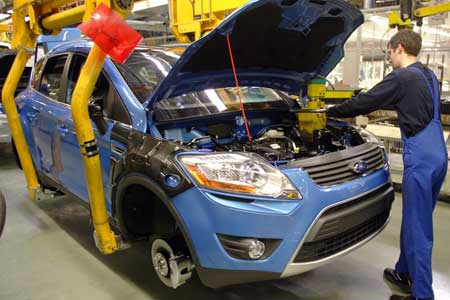 Last year in September Ford Kuga was just a concept. It took them 6 months to put the robots at work and start production at the Ford plant in Saarlouis, Germany. 45,000 Ford Kuga are expected to leave their factory to customers in 32 countries of the world. The Germans decided to export around 84 percent of the units produced in Saarlouis. Biggest clients will be from Germany, Italy, UK, France and Spain.

Official debut will be in just a few days at Geneva.