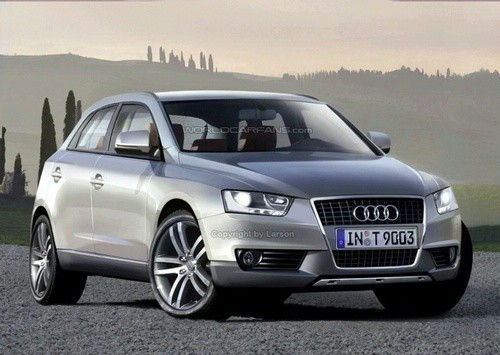 Last month there was quite some buzz with the new Audi Q5, the baby-SUV that was rumored to show off during the International Motor Show in Geneva. This wasn’t the case though and now AutoWeek is speculating that the new Q5 is going to be unveiled next month during the Beijing Motor Show. The engine is vertically aligned, outputs up to 405 lb-ft of torque and 8,500 rpm  and is going to use Audi’s new seven-speed DSG/S-Tronic. The same rumors say that there will be both Quattro models and front-wheel-drive versions.