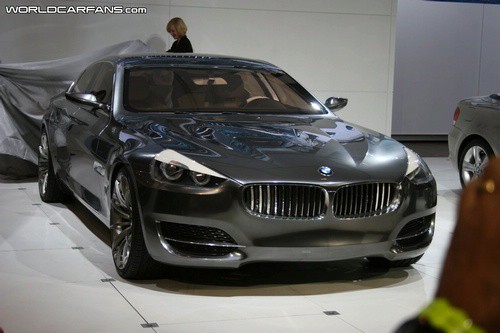 Two new BMW models have surfaced at the New York International Auto Show in Manhattan, NYC. The first one is BMW Concept CS we’ve told you during the Shanghai Auto Expo last year in April. It sure looks like a sports coupe GT, is bigger than the 7-series and looks just about stunning. Rumors say that the car will get over the concept phase some time soon, but we don’t have a confirmation for that yet.Until the new Concept CS becomes the real thing, a new BMW M3 Convertible was presented. Aside the usual M3 lines, the specs are making it a hit: 414 bhp from the 4.0L V8 natural aspired engine, double clutch gearbox or the seven-speed transmission.