I don’t know why but it looks like every car manufacturer is testing their cars in the Northern part of Scandinavia. So does Dacia, with their new Logan SUV Crossover which looks like it’s going to be a real thing probably in 2010.

My personal feeling is that unless they change something in the next two years there’s no way I would spend my money for it. It’s just a normal Logan with bigger fenders standing on bigger wheels. Another thing I don’t like is that I can see everything under, like an ugly exhaust pipe or the suspensions. 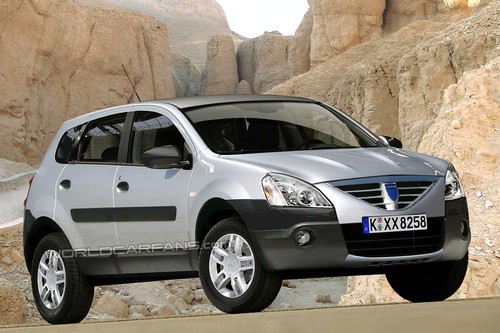 If the final version is going to look like the software rendered version and the ¬11,000 rumored price will stay, I’m back in business liking it.What do you think?