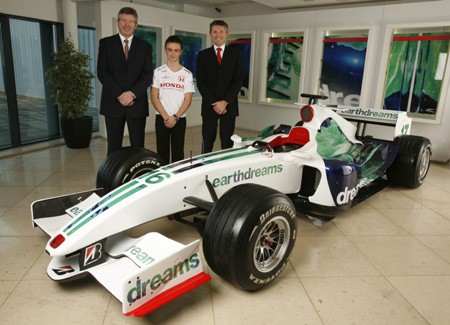 No Formula One race the weekend that just passed but we still have some news. Honda Racing F1 Team decided to sign a contract with Will Stevens, a 16 year old, just like McLaren did years ago with Lewis Hamilton. The guy is not even out of high school but he has a signed piece of paper with Ross Brawn and Nick Fry’s signatures, that will probably put him in the big league of F1 racing in the next few years.

Is it just me or it’s becoming a trend to recruit young fellas with badass driving instincts? Could this be the winning recipe.

Will Stevens, has the FIA-CIK KF2 European and Asia-Pacific, International Open Masters KF2, WSK Junior ICA and MSA British Junior titles to his name and five national championships. When did he got the time?