Hybrid cars are going to be the next best thing, or at least that’s what researchers say. With oil prices reaching record levels it’s really hard to drive a car that consumes 20-25 liters for every 100km. 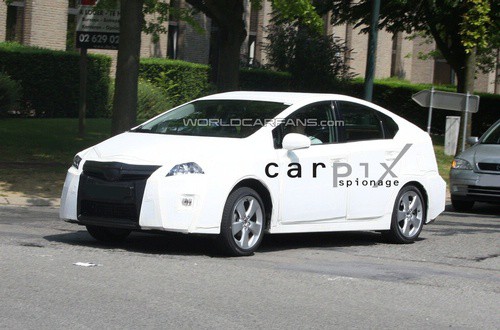 The best selling hybrid, Toyota Prius has news for us. They’re going to change it and recent spy shots show a newly styled body. It’s longer, wider and has a larger boot, features better fuel economy and rumors say it won’t feature NiMh batteries anymore. But Li-ion, which are lighter and smaller, making it faster and more spacious.

The new Toyota Prius will be official in 2010 and some talk of a two-door coupe, a wagon or a commuter version to enrich the brand.