And so we’re rolling. After seeing the new Citroen Hypnos concept that is about to be presented in one month at the Paris Motor Show, we have a new one. It’s Mazda with its Kiyora Urban Concept – means ‘clean and pure’ in Japanese – combining driving with pleasure and safety. 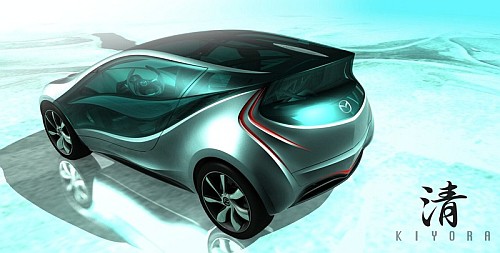 Designed for a youthful lifestyle, the new Kiyora Urban is based on Mazda’s Nagare, is light and even though it looks small it should offer the highest levels of security. With a next-generation four-cylinder direct-injection engine the car wants to be what every student wants to get as a gift after graduation. The pictures look really neat, but I’ll doubt we’ll see the new Kiyora on the streets, any time soon.

Let’s hope Paris will shed some light on this one.