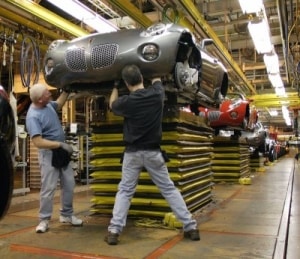 You probably heard of the financial crisis that affected the whole world.

Of course, the whole crunch got the auto-market, too, and unless the US Congress won’t agree to hand some $25billion in soft loans to the big three (GM, Ford and Chrysler), rumors say that in early January, General Motors may become insolvent and as a consequence … shut down.

The Big Three account for more than 10-percent of the American jobs so can you even imagine what will happen if they go down?

Voices in the market still think that even a bail out for GM may lead to shutting doors within months or weeks. Meanwhile the US Treasury thinks that it’s cheaper to save Detroit (or at least try to) instead of letting it die.

What do you think it will happen, and would you miss GM ?