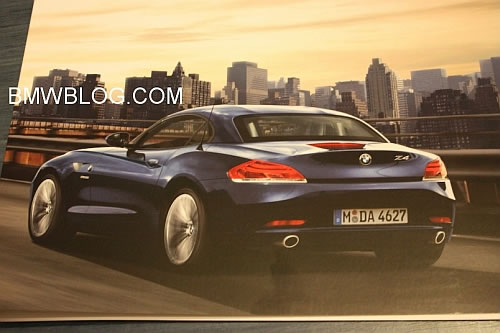 The guys at BMWBlog managed to get their hands on a 2010 BMW Z4 brochure image that shows the rear and the folding hard top roof. Rumors on the market say that December 15 is the official date to be announced, while at the Detroit Auto Show it will be officially unveiled for the first time. It sure looks promising and if are to trust previous leaked images (spied in showroom – below) we think it’s going to be a hit. 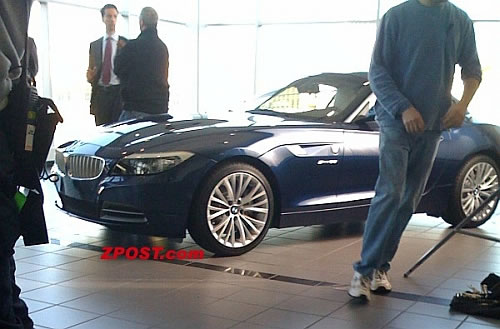