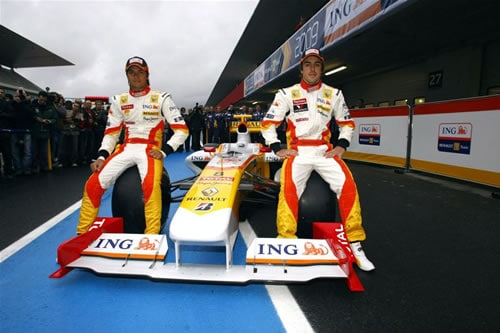 Just like Ferrari, McLaren or Toyota, Renault took the time to unveil their new 2009 R29 car for this year’s F1 Championship. Though the financial crisis got them too, the French managed to get a new sponsor – Total, who pumped some money for a new design that only needs to proves itself on the track. At the official presentation, Flavio Briatore got Fernando Alonso and Nelson Piquet to pull the cover off of the yellow beast and to pose together. Do you think they have a chance for 2009?