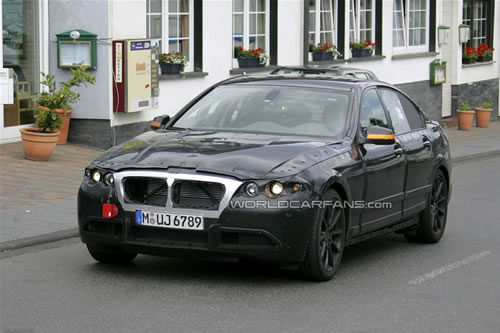 Many people are waiting to see how the new 2010 BMW 5 Series will look like, but the Germans managed to keep it under the radar until now.  Expected to see the ligth starting October 2010, the folks from autozeitung.de managed to get their hands on a set of spyshots with what looks like the new 5-Series. Slightly sportier and with an increased wheelbase, it featurs a wider BMW grille inspired from the CS Concept and packs state of the art technology that includes a steering system with an active rear axle, Night vision, lane-assist, active braking or an advanced cruise control system. With petrol engines under the hood to output from 180 to 370 hp, and diesels ranging from 180 to 290hp, the new 2010 BMW 5 Series sure will definitely be a hot ride.