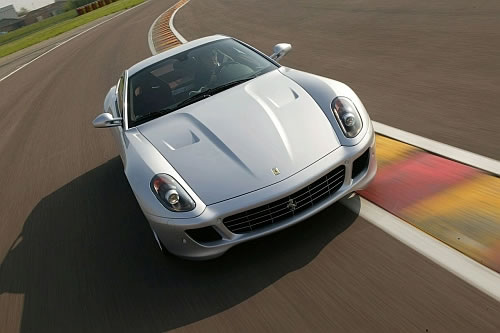 Although the world crisis deepends, at the next month’s Auto Show in Geneva, Ferrari will introduce their HGTE (Handling Gran Turismo Evoluzione) for their 599 model. There aren’t many official details about it, but it’s expected to feature a new front grille, 20-inch three piece wheels and a new rear exhaust, while on the inside you should expect more carbon fiber trim and new sports seats. We can’t vouch that you’ll afford it, but with a standard V12 engine that outputs 620 hp (608 Nm of torque) that takes it naught to 100km/h in 3.7 seconds you should consider it. Of course if you can afford an estimated £17k ($25k US) price increase over the 599 GTB – which we are not sold on.