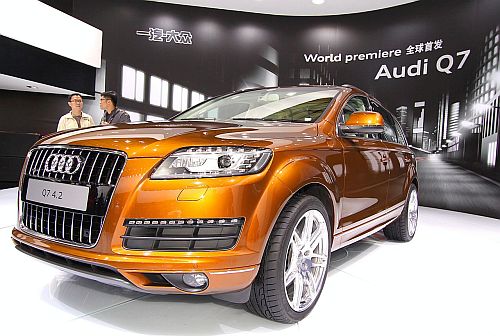 The new 2010 Audi Q7 facelift has been officially released in Shanghai. Viewing it from the outside, the car is a complete model with redesigned chrome accents, bumpers, a distinctive underbody protection, side sills, aggressive fender flares, xenon headlights and new LED tailights. As for the interior, the new AudiQ7 features large displays, chrome accents and door mounted ambient lighting. Both petrol and diesel powered, with four units running on diesel and two on petrol, there’s a special exhaust system with a DENOX catalytic converter. You’ll definitely have to agree with us, that it looks really stunning. Don’t you think?