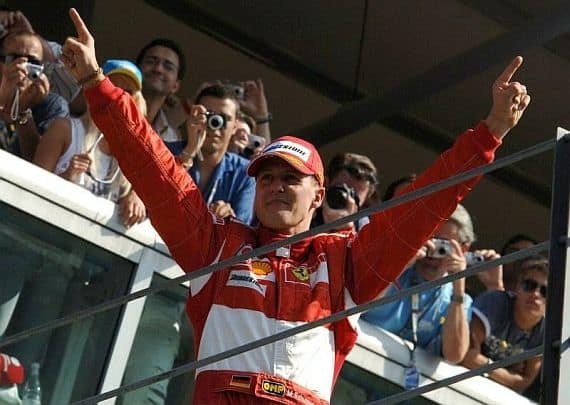 At 40 and after hanging his helmet, who would have though that Michael Schumacher will be the replacement for Ferrari’s injured driving Felipe Massa. The loyalty of the man is worth appreciating and that is what brings him back to replace his former teammate. When he left the scene, Schumi was a legend with a record seven titles and 91 overall victories and that ended in 2006. Now three years down the lane, his competitors might say that they do not care, but in the hearts of their hearts, they would know that this man is till capable of a podium finish. It’s purely for loyalty as he is quipped that he has never repented his retirement decision. He also said that he was looking forward to the challenge as a competitor. Come August 23, all on eyes will be on Ferrari’s Car #3 and for sure Massa will know that his wheel is in the right hands.

“Scuderia Ferrari Marlboro intends to put Michael Schumacher in Felipe Massa’s car untill the brazilian driver will be able to race again. Michael Schumacher said he is ready and, over the next few days, will undertake a specifc training programme at the end of which confermation will be given of his participation in the Championship with effect from the European Grand Prix on the 23rd of August.”