The high-end luxury models from all big names have an LWB model in their contingent and Hyundai has sort of realized that too take the competition to that level, there should be one in its kitty too. And the preparations for it have already been made with a LWB variant of the Hyundai Equus spied in Ulsan, South Korea. The spy shots revealed a different front-grille on a supposed recycled prototype design. 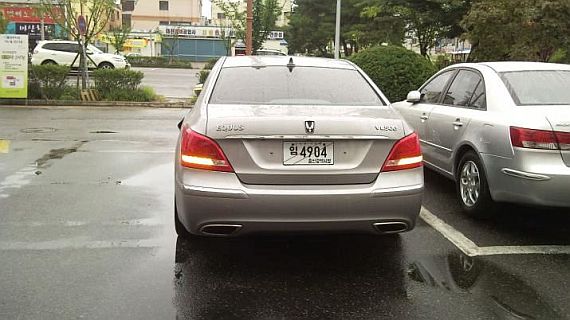 The biggest give away from the spy shot is the badge at the rear which reads VL500 meaning that the VS460 badge worn by the current Equus range-topper will not be the flagship any more. Indeed it will be a new 5.0-litre Tau V8 engine worth over 400hp that will now embrace the sedan. We expect this sedan to go public sometime next year (at least the Standard wheel base) as a 2011 model and will be priced around $50,000.