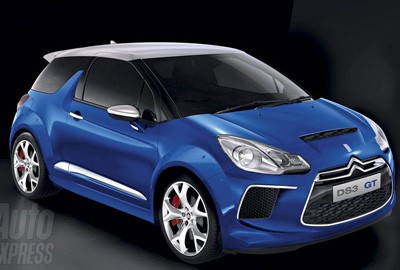 Finally a straight challenge for the Mini has been released; it’s called the Citroen DS3, and its Citroen’s version of the legendary Mini. Unfortunately Citroen SA has not yet approved the car for import, so for now we can only hope it will reach our shores soon.

The new DS line will have three versions to choose from, although the other two will only be released at a later stage. For now the DS3 will be available in one of five CO2-efficient Euro V engines, two of them diesel and three will be petrol, with the latter being co-developed by BMW. The two HDi diesel engines will produce 90bhp and 110bhp and will have Citroen’s DPFS, which stands for diesel particulate filter system. The three petrol engines will produce from the VTi 95bhp and 110bhp, and the THP will produce 150bhp.

The car will also have some premium features to it, like a colour contrasted floating roof, “shark fin” B pillar and LED headlights, with the floating roof being available in a choice of four colours, black, white, blue or red, very similar to the Mini. Mirrors and body ding strips will be available in chrome or personalized colours as well as some variations in wheel finishes. With the interior there will be leather and fabrics available in a variety of colours and the gear knob can be tailored in a choice of five ways.

Citroen promises that the DS3 will be spacious even though it is the smallest car in its class, measuring 3.95m long, 1.71m wide and 1.46m high. Citroen also claims they have made space for five people in full sized seats by raising the fascia to provide more leg room and the boot will take 285 liters and the seats can fold 60.40. There will be loads of tech too, Satnav with Bluetooth and audio features compatible with WMA and MP3, and an amplified subwoofer mounted in the boot. An indicator will let the driver know of optimal range in which to change gears for the lowest CO2 emissions, as well as cruise control with speed limiter.

All in all the DS3 sounds like a decent good competition to the Mini, with all its stylish features and accessories, and even though it’s not due for us yet, it is sure a car to keep an eye on in the motoring market.