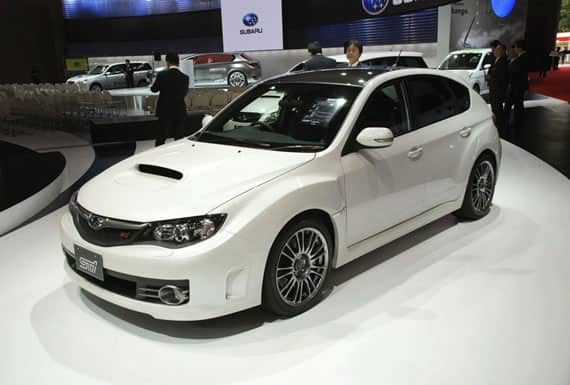 The Subaru Impreza WRX STI Carbon has broken cover in Tokyo but to everyoneâs surprise the engine is mated to a five-speed automatic gearbox to spoil the fun of driving on the back of a monster. Based on the A-Line special edition, the STI Carbon chooses a carbon fiber roof instead of the normal panel which lowers the centre of gravity and simultaneously reduces the weight of the vehicle. As far as the interior goes, unlike the standard STI, the STI Carbon is lined in suede. Under the hood is a 2.5L four-banger that produces 296 hp. The manual gearbox version slated for the US will render 305hp. Subaru is calling it the display model but the A-Line derivation for the automatic gearbox will be a part of the production facility rolled models as well.