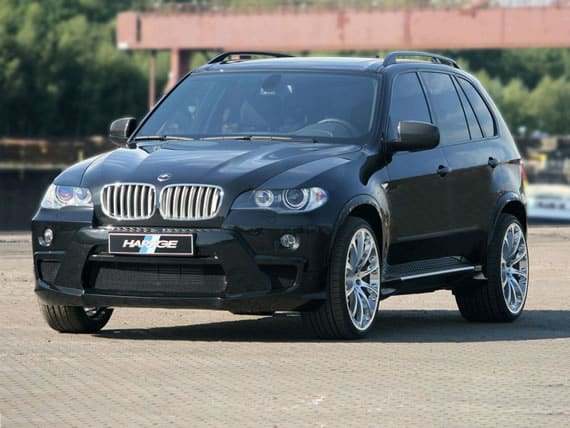 When the power rendered by the customary BMW X5 crossover utility vehicle 3.0L engine is not enough, it is big tuning houses like the Germans from Hatrge who come to the rescue. Hatrge has introduced the xDrive35d Performance Package for the BMW X5 which increases the ponies from the standard 265 hp to an appreciable 328hp.

The magic was worked upon by recalibrating the ECU and furnishing a sport exhaust system for the CUV. As a consequence of these changes, the X5 pelts from 0 to 100km/h in 6.1 seconds (impressive for such a heavy car) which is 0.9 seconds better than the original, on its way to a max speed of 244km/h. To accommodate the more powerful engine, Hatrge have used the previously released body kit that includes redesigned front and rear fascias, wheel arch extensions and bolder two-piece side sills. The fully trimmed CUV costs €87,277.