Participants at this year’s Los Angeles Motor Show, the folks from Toyota have taken time to introduce their all-new, third-generation Sienna minivan model. Coming with an improved interior, which although has seats for 8 people exudes lavishness from every little corner, the 2011 Toyota Sienna also appeals with its worked out exterior. Performance wise the new Toyota Sienna runs either on the 2.7-liter four-cylinder engine that outputs 187 hp or the 3.5-liter V6 that makes 266 hp, both mated to a six-speed automatic transmission, which help the stylish van to achieve a 18 mpg city/24 mpg highway for the V6 or 19 mpg city/26 mpg highway for the other model. 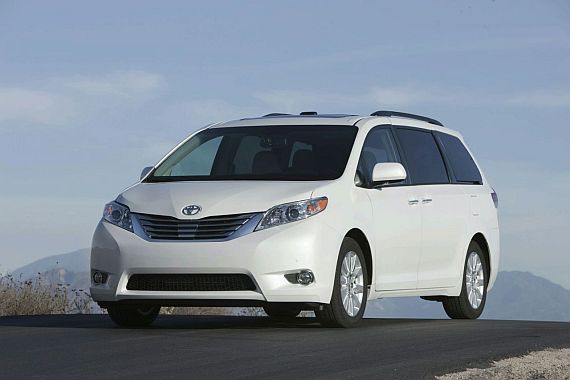 The 2011 Toyota Sienna is expected in dealerships next year in February!