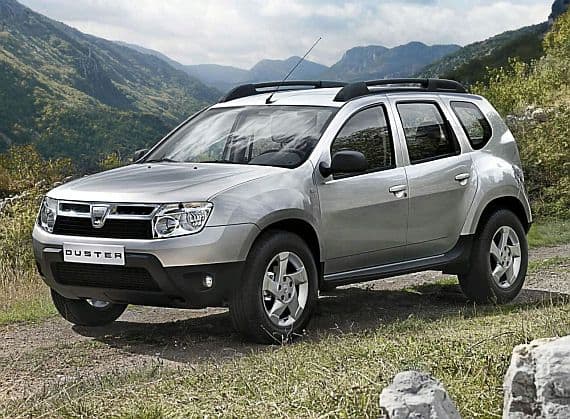 Good news just came our way from Eastern Europe where the folks from Dacia (part of the Renault group, as you already know) have finally taken the wraps off of their latest model, the new Dacia Duster SUV. Sold as both a 4×2 and 4×4, and billed as one of the most affordable and frugal SUVs in the market, Dacia Duster is more of a conventional SUV that measures 4.31 meters long and 1.82 meters wide. Powered by either the 85- and 105-hp dCi diesel units, or the 1.6-liter 16V 110-horsepower petrol engine, Dacia’s first ever SUV is expected to go on sale in Europe in spring 2010, with other markets like Algeria, Morocco, and Turkey shortly after. The Middle East, Ukraine, parts of Africa, Argentina, Brazil, Chile, Mexico, the Persian Gulf States and Russia might as well get their hands on a Duster but it’s going to be badged as a Renault for sure.