As you’ll recall earlier in the month, Nissan revealed images of the Juke-R crossover concept car,  a mashup of the Juke and the GT-R. Now, Nissan has revealed the first picture of the completed vehicle as a surprise unveiling in front of members of the press at a demo event in Spain. 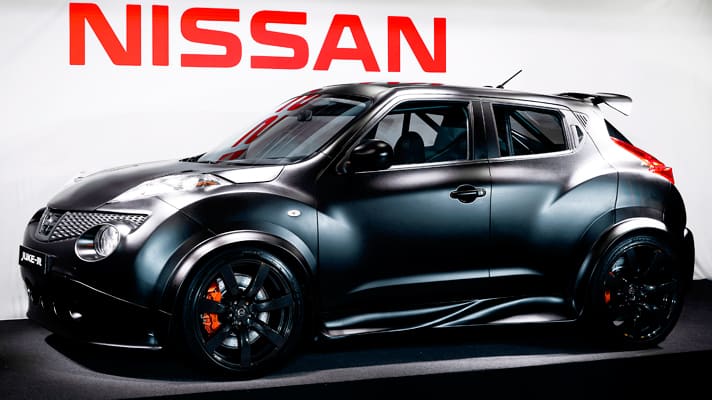 As you can see by the finished protoype, the body of the original Juke had to be completely reassembled to accommodate the advanced all-wheel-drive system, twin-clutch transmission and 3.8-litre twin-turbo 480-horsepower V6 engine resulting in a body that has been extended and manipulated and is now the Juke-R. The new frame looks as aggressive and powerful on the outside as it is on the inside.

Nisssan will be building two road-going versions of the Juke-R (one left and one right-hand drive) to be finished in November.