We know that all you Toyota enthusiasts have been waiting eagerly for the unveiling of the new 2012 Camry in the US in a few days. The vehicle has been revealed by a French-Canadian magazine which gave a clear picture of the new sedan and its specifications. 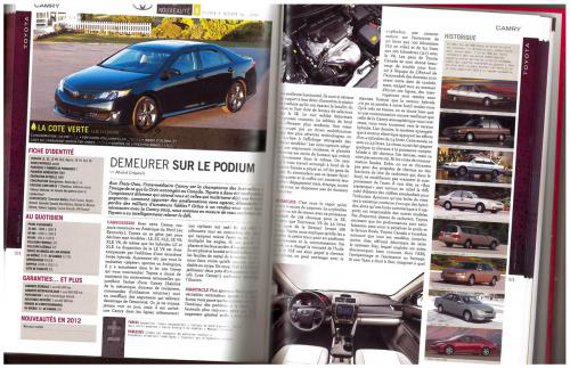 The pictures reveal a better interior and infotainment system and earlier teasers suggested the car would boast a new sharp edged tail lamp. Video footage of the vehicle revealed that the new Camry 2012 would come in three versions: the sport-oriented Camry SE, a range-topping Camry XLE and the eco-friendly Camry Hybrid. The footage showed the Camry XLE in black, the Camry SE in red and the Camry Hybrid in Silver.