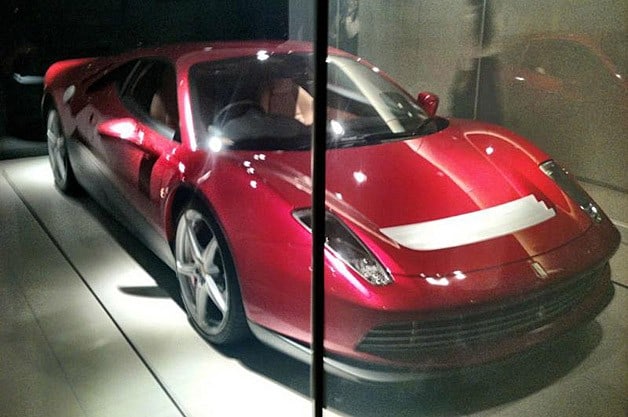 Italian Supercar Manafacturer Ferrari have been known to create custom vehicles for some very exclusive clients in the past including the F430-based SP1 created for a wealthy Japanese collector in 2008 as well as the P540 Superfast Aperta created on the 599 FTB Fiorano platform in 2009.

Now, if the Ferrari afficianados over on FerrariChat.com are correct, Ferrari Special Projects program has built a third one-off vehicle for legendary musician Eric Clapton who is known as a passionate Ferrari collector.

The car looks to be based on the 458 Italia and has distinct styling references to the 12-cylinder Ferrari 512 BB built in the late 1970s and early 1980s with a large lower grille, hood slats and flying buttresses at the rear.

Judging from the photos, the interior appears to be relatively unchanged from the 458 Italia, and the mid-mounted 4.5-liter V8 is likely still in place as well.

According to GTSpirit, the official name of the car is SP12 EPC, which means Special Program 12 (for V-12 tribute) and Eric Patrick Clapton, the full name of the artist.

Now a video of a custom 458 Italia has been spotted at the HR Owen London dealership in England, which is believed to have been commissioned by Clapton.

If you don’t have the reputation or the funds for your own customised 458 Italia, Ferrari lets you build your own Spider 458 online.

Watch the video below: