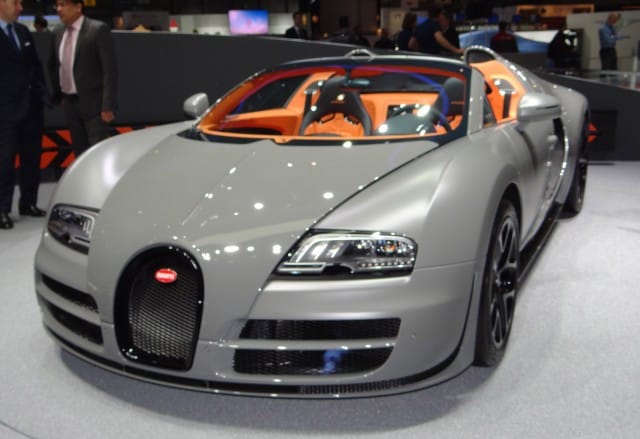 According to Bugatti, its latest supercar will jump from 0 to 60 mph in just 2.6 seconds and pass a speed of 124mph (that’s almost 200km) in 7.1 seconds. The vehicle can reach a top speed of 255mph – that’s just 13 mph shy of the world record breaking Veyron Super Sport’s Vmax.

This is not entirely surprising considering that the Vitesse received the same engine tuning as the Veyron Super Sport which means an an 8.0-litre, quad-turbo W-16 engine good for 1,200 horsepower and 1,106 pound-feet of torque. The standard Grand Sport chassis has been reinforced to cope with the additional power, which comes courtesy of larger turbos.

Pricing on the Veyron Grand Sport Vitesse starts at a cool $2.3 million.

Watch the promo video below: