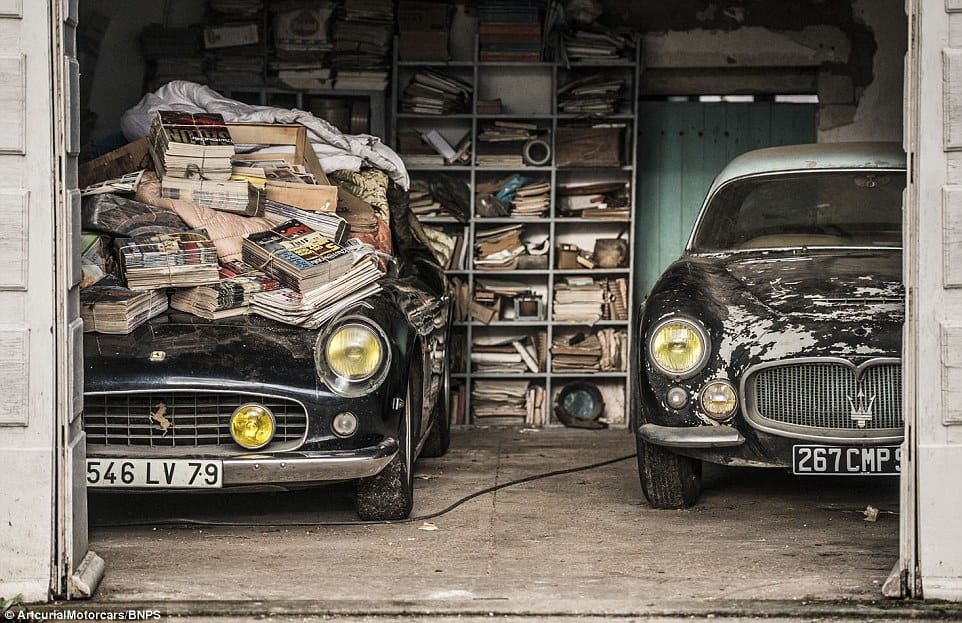 On a farm in France, in a deserted, run-down barn, an amazing discovery was recently made. And when we say amazing, we literally mean jaw-droopingly wonderful, as this discovery would make any automobile fan’s heart drop.

Inside of this barn on the farm, 60 classic cars dating back from the 1930’s, 1940’s, 1950’s and 1960’s are all stacked together, standing motionless and waiting for someone to rediscover them and restore them to their original beauty.

And well, someone has! These cars once belonged to Roger Baillon, a former transport entrepreneur. The collection actually consists of 100 cars, but unfortunately only 60 of them were able to be salvaged. The other 40 odd were too far gone to be restored. These beauties were left to stand (and well, rot) for more than 50 years – until this week, that is.

The collection was discovered by Baillon’s grandchildren, who upon finding the collection, contacted French auction house Artcurial, who came to do an inspection of the impressive collection.

Among these vintage beauties were a few stand-out cars that are worth a helluva lot. These include a 1961 Ferrari 250 GT SWB California Spider, a 1956 Maserati A6G Gran Sport Frua and a Bugatti Type 57 Ventoux believed to be form the late 1930’s.

Apparently, Baillon had intended to iild a museum with his car collection, but his plans unfortunately fell through and well, these beauties were left stranded.

So, if you ever wanted to own a vintage car collection, now is your chance – provided that you’re a multi-milli0naire, of course!

Check out the video of the collection below: