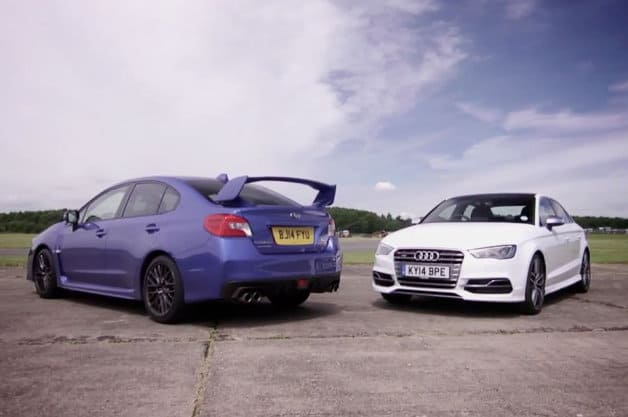 Pitting two performance cars together is always fun. And while it might sound like an odd match-up between the Audi S3 Saloon and the Subaru WRX STi, these two cars have more in common than you might think and thus makes it the perfect battle.

RIght off the back, we won’t judge you if you believe the Audi will fair better in this competition. After all, the Audi is more expensive at 33,245 pounds and has the more swanky, luxury interior. Also, Audi has somewhat of a reputation as an upmarket performance car, so naturally many us will feel that the Audi has a step up on the Subaru.

The Subaru on the other hand is slightly cheaper than the Audi at 28,995 pounds and lacks the luxe reputation of Audi. However, this doesn’t mean that it isn’t a worthy opponent. In fact, both cars have the same power output.

So, which car will come out on top? Check out the video below: