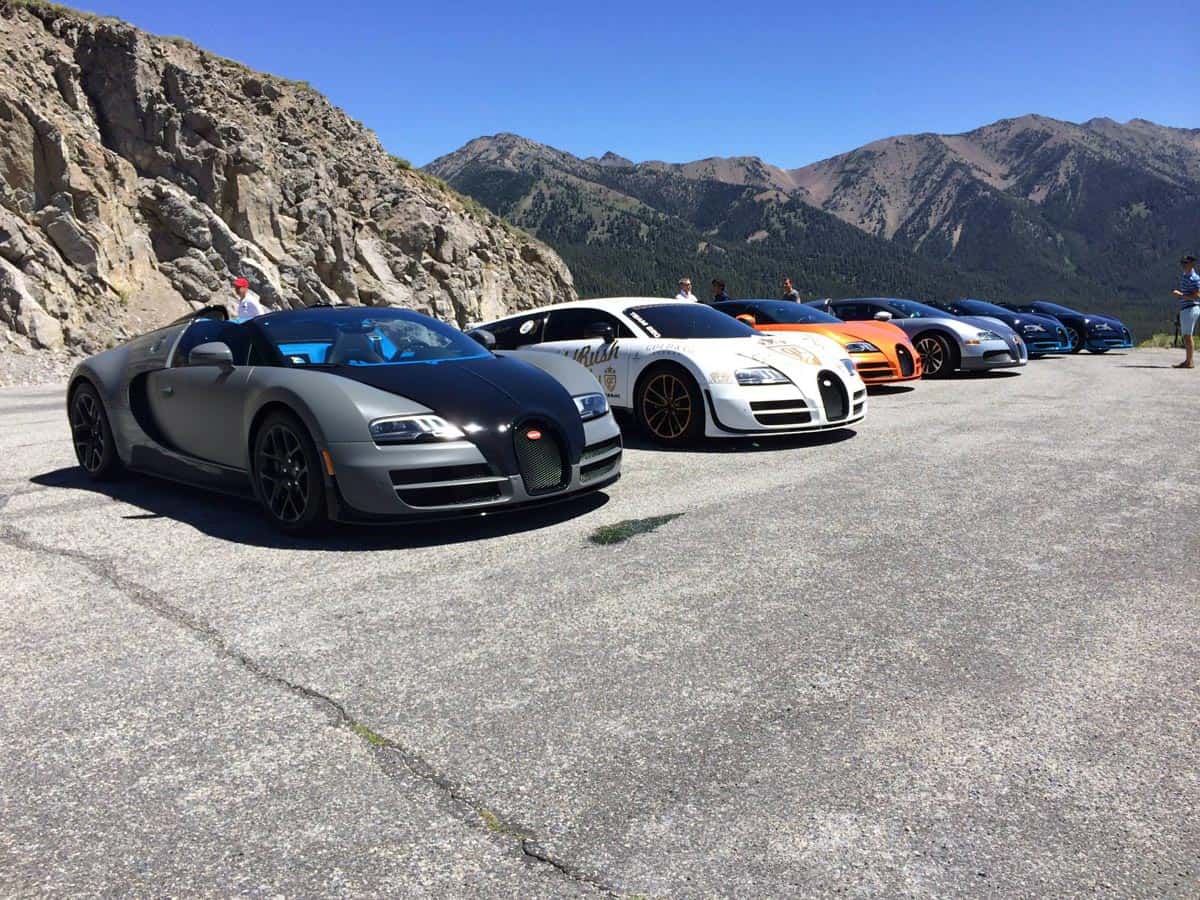 It might not be the fastest car in the world anymore, after the Hennessey trumped it from the number one spot, but let’s be honest; it is still super exciting to see a Bugatti Veyron Super Sport race down a straight stretch of road, even if it now holds second place.

At the recent Sun Valley Road Rally in Ketchum, Idaho, one of Bugatti’s rarest beauties got to show off it’s skills and power and in the process blow the socks off of everyone attending the event as well as ourselves, because luckily, someone realized that this is moment not to be missed and pulled out the video camera.

The Sun Valley Road Rally effectively turns a stretch of Highway 75, surrounded by trees and beautiful, picturesque mountains, into a high-speed runway where super cars get to show off just h0w ‘super’ they are.

This year’s event saw quite a couple of Bugatti’s in attendance, but there was one Â in particular that not only vausght the ye of everyone, but also set up a new record for the event.

The special Bugatti was a Veyron Super Sport. Now, naturally, a Super Sport Veyron in itself is pretty special, however, this car was also a Pur Blanc.

Here is some backstory; of the only 30 Super Sport Veyron models that Bugatti manufactured, just one, single Super Sport was a Pur Blanc – and yes, this very Pur Blanc was at the event and also, as it would, broke the record.

At it’s peak, the car reached a top speed of a whopping 246,4 miles per hour. To put that into perspective, that is 395,89 km/h. In other words, really really fast! No surprise then that it broke the event record…

Check out the video of the ca relying past – and we say flying because it literally sounds like a fighter jet coming over your head: