It seems Chevrolet’s Aveo RS Concept gears up for production. Have a look at the pictures added alongside. 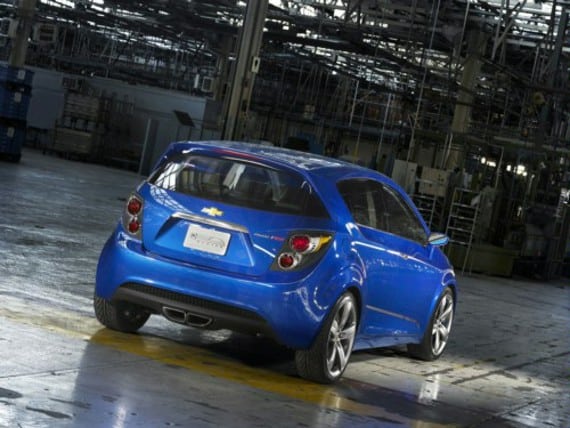 Aveo RS Concept was unveiled at the North American International Auto Show in Detroit last year. The car seems to closely resemble the concept and feature an aggressive body kit, a revised suspension and beefier brakes. Further, it will powered by a turbocharged 1.4-liter four-cylinder engine with 138 hp (103 kW / 140 PS) and 148 lb-ft (200 Nm) of torque.

Expected to be launched late next year as a 2013 model, it is likely to feature massive grille, three-dimensional taillights, brushed aluminum accents, and 19-inch wheels. Inside, the concept boasts a luxurious interior with leather upholstery, metallic accents, and gloss black trim.

Meanwhile, Chevrolet announced that the 2012 Sonic will be priced from $14,495 in the United States.