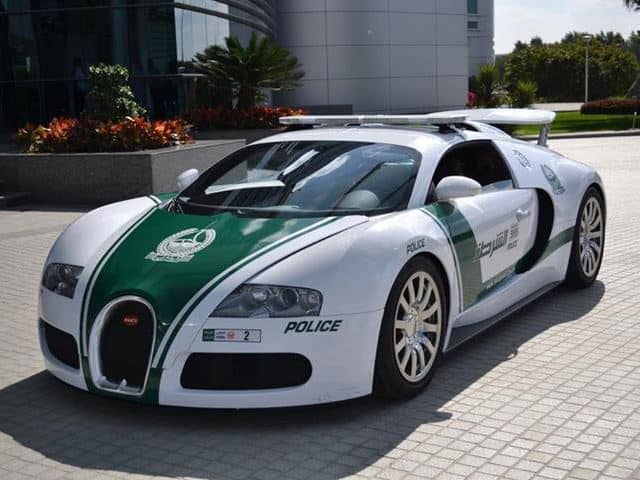 But it’s not only the rich people that like they’re cars fast and expensive; now the police force are also joining in on the game with the addition of their latest ‘cop car’, a Bugatti Veyron.

It seems almost insulting to call a Veyron a ‘cop car’, however, that is exactly what it is. The $1,6 million car is the perfect ride to catch criminals in a high-speed chase. I mean, it’s a Veyronâ¦ I seriously doubt that a criminal will be able to out run a car like that – unless the criminal himself is a fan of Bugatti!

The Veyron is simply an addition to the Dubai police force’s already impressive fleet of super cars. Other, ‘super cop cars’ include a Lamborghini Aventador, an Aston Martin One-77, a Mercedes SLS AMG, a Bentley Continental GT and a Ferrari FF – specifically for the female cops.

The Veyron will be fulfilling its duties as a patrol car in popular tourist spots. However, we’re pretty sure they got a Veyron to chase criminals, and not just for casual patrolling rides.

The Dubai Police also introduced their latest addition in a (epic) video. Check it out below: