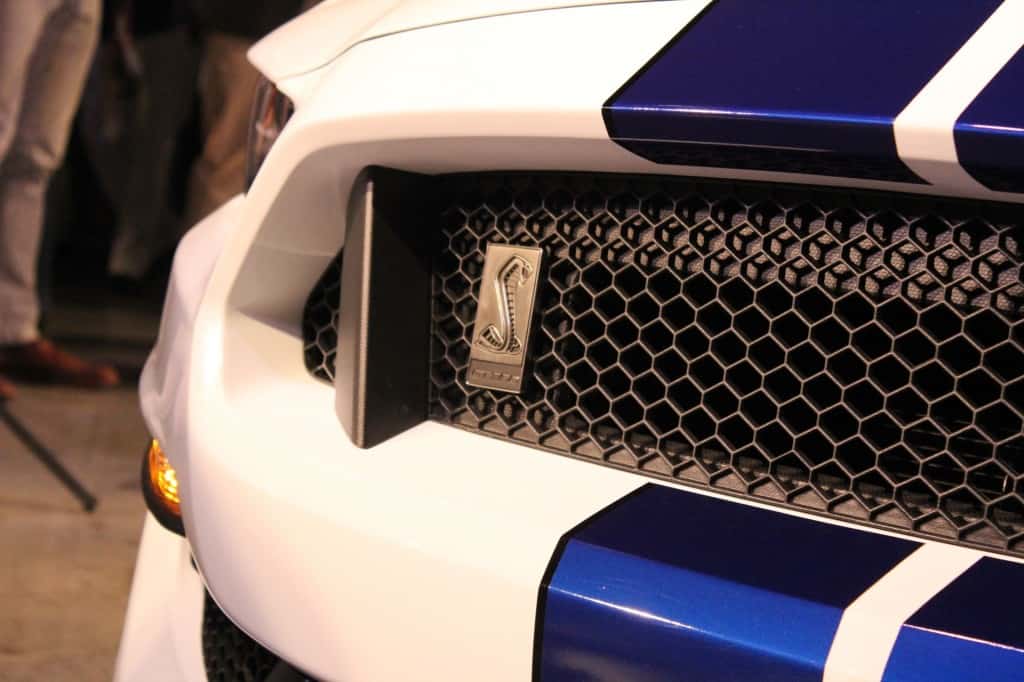 The Ford Mustang is an iconic car. It has appeared in adverts, films, books and people have even written songs about the beloved Ford Mustang.

The Ford Mustang Shelby is just as iconic, and lucky for us, Ford has decided to revive the Shelby with the introduction of the all-new, stunningly beautiful and utterly powerful new Mustang Shelby GT350.

The American automaker has been teasing us with sneak peaks of the car for quite some time, and yesterday marked the day we finally got to lay our eyes on the new Mustang Shelby.

Originally scheduled for debut at the LA Auto Show later in the week, the company took us all by surprise and held a private viewing event last night. While we weren’t there in person, the people over at Motor Authority had the chance to attend the event and see the beast of a car in person. Oh, and luckily they took some pics, too.

The Mustang Shelby GT350 was developed by Ford’s own SVT Performance division as opposed to Shelby American.

We’re not going to get into too much detail, but rather let you know some of the most important (an desirable) facts of the new Mustang.

This powerful car features a 5.2 litre, V8 engine and the company is calling this Shelby the ‘most powerful naturally aspirated Ford production engine ever’ which is quite the statement from a company that has developed some pretty amazing cars in the past.

No official word has been said as to what the exact power output of the car is, but the company has assured that it is definitely more than 500 horsepower and 400 pound-feet of torque.

The Mustang Shelby GT350 features a MagneLide; a magnetorheological suspension system that is used in many modern day performance cars.

as for the exterior of the car, it has special 19 inch alloy wheels, which measure 11 inches at the back and 10.5 inches in the front. The entire car is also aerodynamically optimised in its shape and is two inches lower than other Mustang models. It also has a carbon fibre composite grille opening.

But enough talk, take a look at the video released by Ford on YouTube yesterday and pics of the invite-only event unveiling.