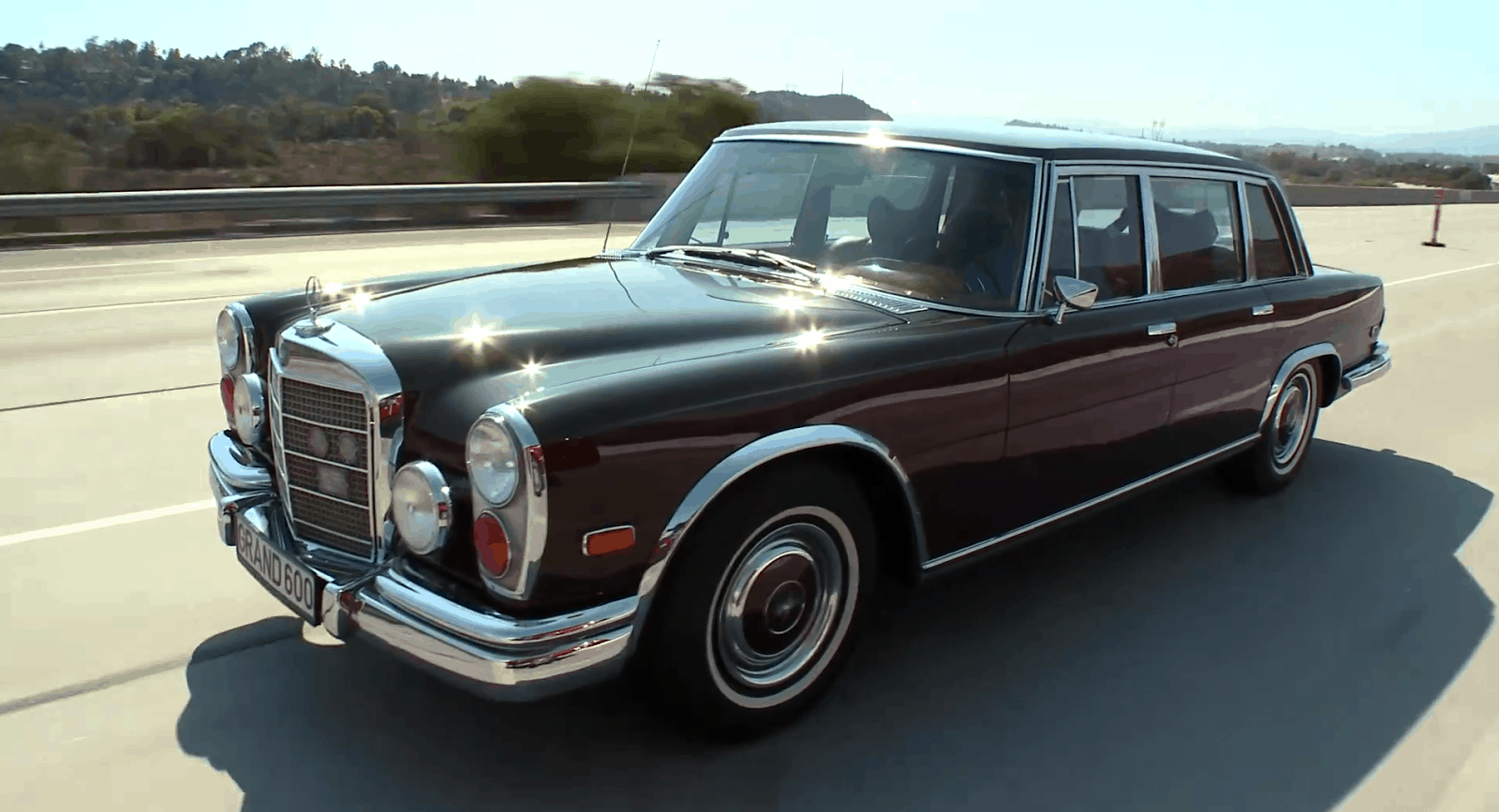 Sometimes its good to take a look into the past and relish in some of the greatest (and biggest) automobiles of the past century. Today, we, alongside our favourite Jay Leno (the man with the most desirable car collection on the planet) take a look at a golden oldie that was pretty much the ‘it’ car of the early 70’s.

Instead of high-tech hybrids and sexy super cars, Jay takes us on a ride in an old classic, relishing in the huge mass that is this German tank. Considering it’s size, it also comes as no surprise that the Mercedes-Benz 600 Kompressor weighs a whopping 3 tonnes!

During the 70’s, this car had somewhat of a reputation, and not necessarily a good one.

According to various sources, this was the car of choice for dictators. Not really the kind of person you would want to associate your car with, is it Mercedes? However, it does attest to the car’s luxury image.

In a redeeming factor, though, the Mercedes-Benz 600 Kompressor was also driven by musical legends John Lennon and the King himself, Elvis Presley. So we guess that makes up for the ‘preferred car for dictators’ part.

Some of the more fancy features of the car included a refrigerator in the centre and reclining back seats – so, you know, you can have a lie down after you’ve had a glass or two of your favourite Scotch from the fridge.

In all, the Mercedes-Benz 600 Kompressor is a big car – both in shape and personality, and as Jay says, it’s one of his all time favourites.