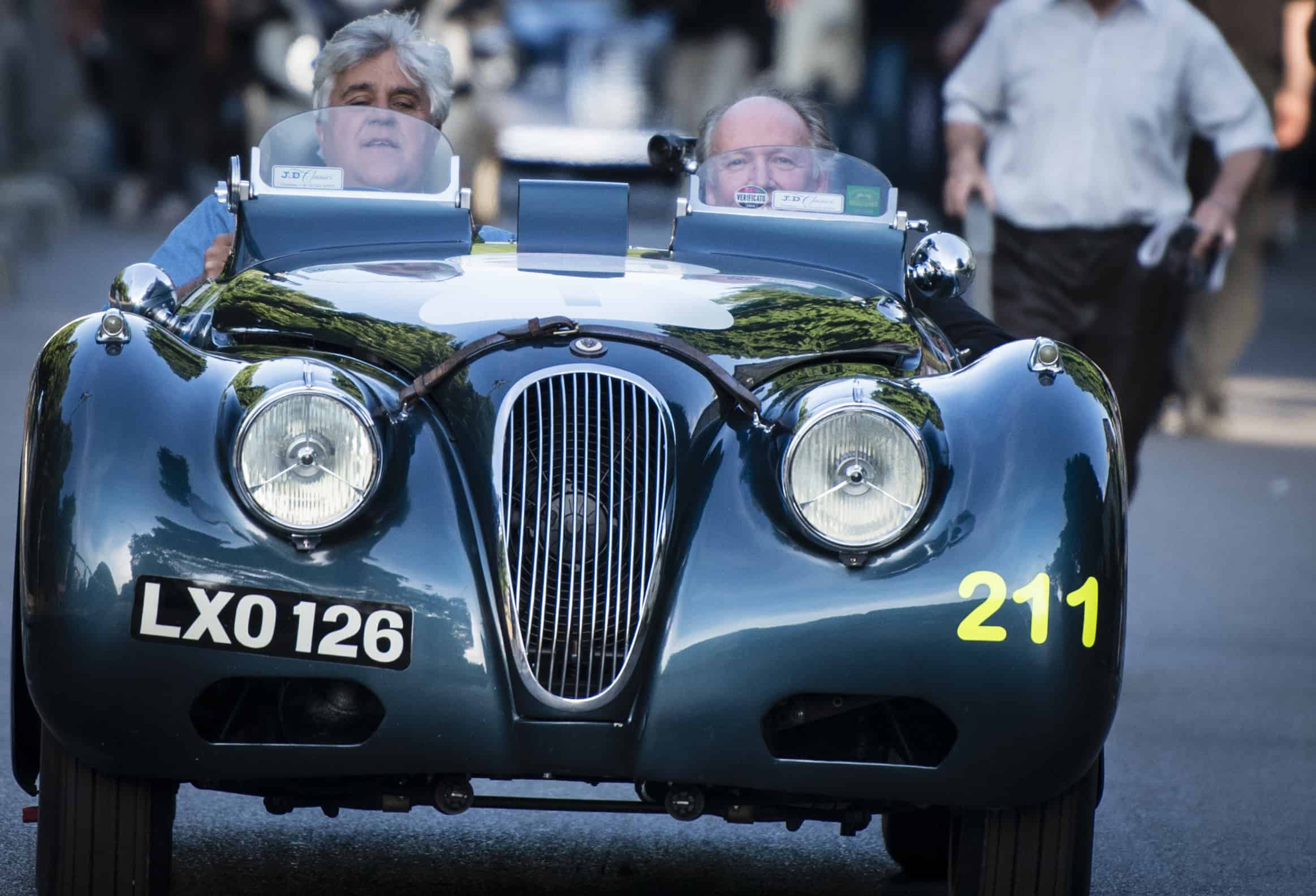 Since retiring from his job as a late night talk show host, Jay Leno has kept himself busy with a few things; most of them being cars. His all new, online-based tai show, ‘Jay Leno’s Garage’ is a popular watch among many a petrol head.

This week, Jay has somewhat of a special episode in store for his viewers. He took on of Italy’s most famous (and lets add, beautiful) races, the Mille Miglia.

And of course, him being Jay Leno and all, he did in utter style – in a classic, stunningly beautiful, Jaguar XK120.

The Mille Miglia, for those of you who don;t know, is an annual, 1000 mile race in Italy that stretches from Brescia to Rome and back. The first ever Mille Miglia was held in 1927 and was a full-on endurance race until 1957. However, in 1977 the race was reinstated as a ‘regularity race’ for vintage and classic cars.

All cars entered into the Mille Miglia are not allowed to be produced after 1957 and each one entering the competition had to be registered on the original race; between 1927 and 1957. So real, it is the most beautiful endurance race in the world.

And obviously Jay Leno’s 1951 Jaguar was the perfect addition to such an elite race.

Joining Leno on the trip is nine other than Jaguar’s own Director of Design, Ian Cullum. He chats to Leno about all things Jaguar, so you can be sure to pick up some interesting did bits. Leno also talks to previous winners of the race – like the 1955 champion Stirling Ross – another must see moment.

Whilst the ride and drive must be amazing, it does have somewhat of a scary element. according to the rules, the drivers don’t have to adhere to the speed limit, and are allowed to really push their cars as much as they want. No doubt that this aspect would make certain drivers a little bit nervous!

So enough talking, you can check out the Mille Miglia episode of Jay Leno’s Garage below: