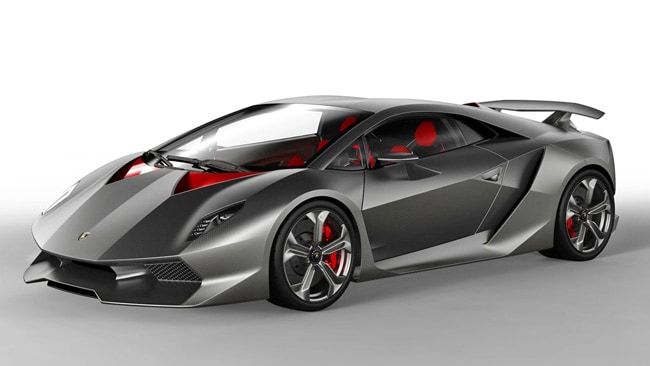 This is the Lamborghini Sesto Elemento. And it is absolutely gorgeous.

Not only does this supercar delight your eyes, it is so powerful that it will send shockwaves through your whole body. The Sesto Elemento is called that because, translated, Sesto Elemento literally means ‘Sixth Element’.

And, of course, if you take a look at the periodic table of elements, the sixth element on the table is carbon. NOw, it should all come together; the Lamborghini Sesto Elemento is made of carbon fibre. Clever thinking, Lamborghini!
This beast of a car first made it’s (unashamed) debut at the Paris Motor Show in 2010. Obviously, it made all the other supercars on display seem puny.

After it’s official debut, Lamborghini announced that they will only be making twenty Sesto Elemento’s. These twenty were only to be used on tracks, however – and tracks alone.

Luckily, we found a video of one of the Sesto Elemento’s in action where it belongs: on a track. This supercar rivals the Bugatti Veyron in speed and go from 0 – 100km/h in 2.5 seconds. Yes, two-and-a-half seconds!

So, without further a due, here is the video of the Sesto Elemento to feast your eyes on: