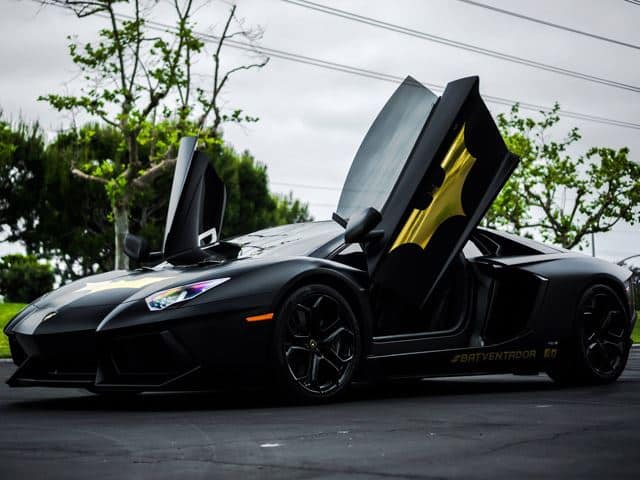 There is a Lamborghini Aventador that has been called the real-life Batmobile.

This car is not custom built to resemble any of the Batmobiles in the countless Batman movies. It is a real supercar, artistically enhanced to showcase some of Batman’s signature logos.

This car was first spotted at the Circuit of Americas in Austin, Texas. This stunning, pitch black Lamborghini has Batman’s signature logo on the hood and on the doors.

It recently made another appearance at the Gold Rush Rally 5, sporting new artistic modifications such as an image of the (anonymous) owner and driver’s face in a Batgirl mask.

Have a look at the gallery of this amazing car:

Yes – Batgirl. Not much is known about the owner of this Lamborghini Batmobile – dubbed the ‘Batventador’ – except that it’s owner and driver is a woman!

Showing off at the Gold Rush Rally, the Batventador also showcased it’s best new feature: it now shoots flames out of its rear aftermarket exhaust!

Check out the video below to see the Batventador in action at the Gold Rush Rally: