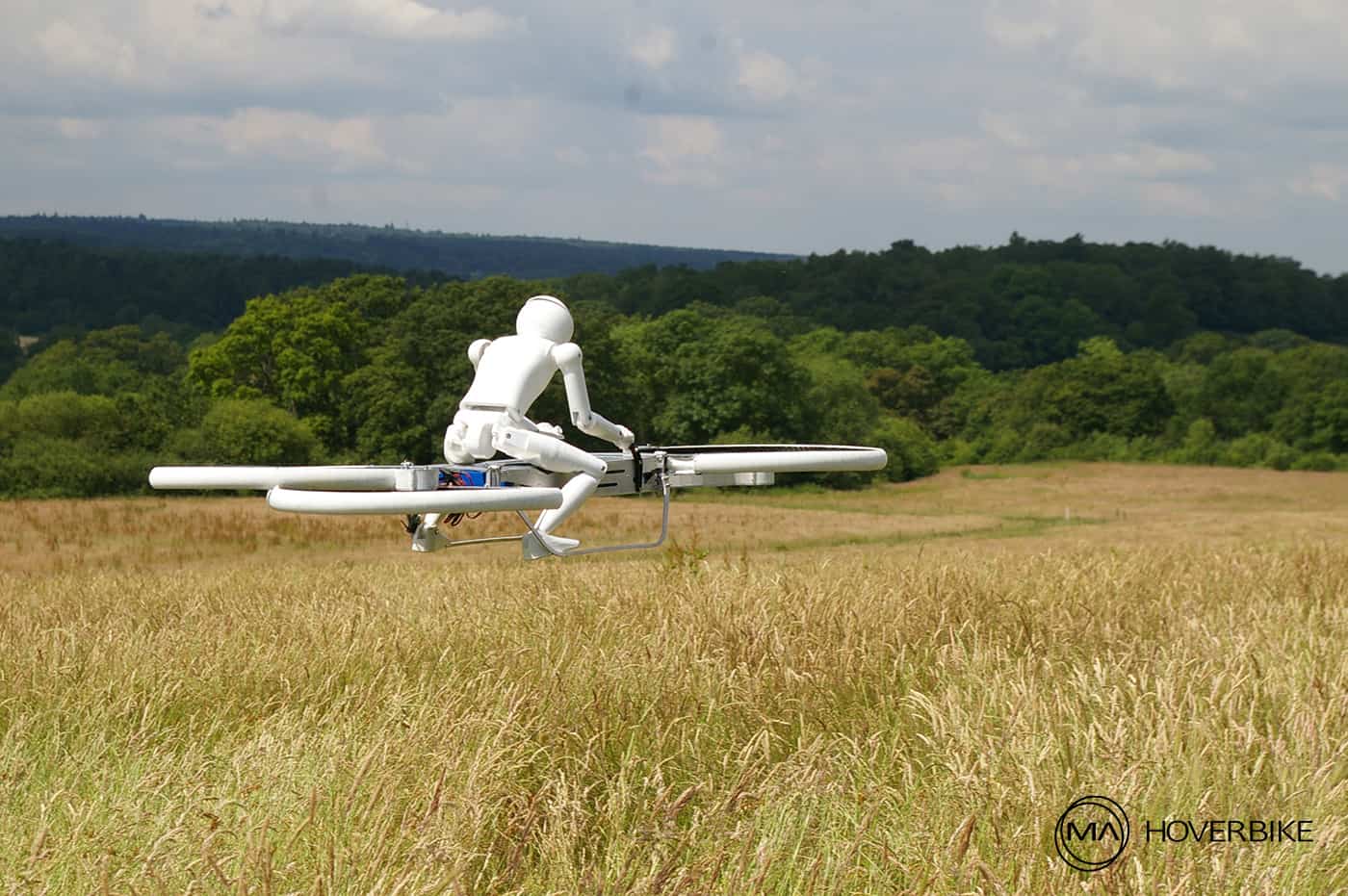 One thing that has always fascinated petrol heads (or actually most people in general) is the concept of a ‘hoverboard’ or ‘hover car’. The idea of literally hovering above the ground as a mode of transport is an exciting prospect and one that we have only seen in sci-fi films. Until now that is.

Chris Malloy, an Australian designer based in London, has come up with something called a ‘hoverbike’ – and while it’s not a hovering skateboard or a hovering car, it’s pretty much as close as we’ll get to any ‘hovering’ mode of transport.

The Hoverbike concept is kind of like a cross between a motorbike, a four-wheeler and a drone quad-copter. And it really does look as though it just came off the set of the latest Star Wars film.

The Hoverbike uses spinning rotors on both the front and back side of the machine. These create enough energy for the Hoverbike to actually lift off the ground.

However, the Hoverbike isn’t actually in existence yet. Malloy has started a crowd-funding campaign on Kickstarter to get the money together to actually build a prototype of the bike.

They have, however, done some small scale testing based on the technology used and it worked perfectly – which in turn means that even if it is built on a bigger, life-size scale it should, in theory, work. Which of course is very exciting.

The Kickstarter campaign has a 30 000 pound target and has already raised 21 000 pounds. People keen on investing in the Hoverbike can pledge money or even buy remote control models of the Hoverbike for 2100 pounds through the campaign.

The Hoverbike might still be a long way away form going into actual production, but the fact that someone is actually developing it makes us very excited indeed!

If you want to pledge money towards the Hoverbike, you can check out their Kickstarter campaign here and check out the video below: