Issue 73 of the ever popular Speed and Sound once again features the best local content from South Africa.

It’s been a while since we’ve had a Drag car featured on the cover but trust me, this one is worth it. It’s a Chev Firenza, dubbed Freshly Squeezed for obvious reasons. In its lucent orange paint it has to be one of the best looking door slammers this side of the equator.

We feature two highly modified Opel TS, one is a Speed and Sound sponsored racer while the other hails from the sleepy town of Orkney. We also go in depth to show you what makes the C20LET (Opel TS Motor) so strong and potent.

From the Cape we have a Ford Escort with a difference. I’m not going to spoil the surprise; you’ll have to see for yourself.

On the sound side of things we bring you a banging VW Kombi that’s as crystal clear as it is loud, built and owned by none other than our team member Eben van Aswegen.

We also show you a Nissan 350Z that has one super neat install that could easily be described as “complete”. It really seems that the sound industry is shying away from the big db numbers and is veering off to the SQ side of things. No problems there, weâ€™ll at least have loud cars that sound good!

Neeresh takes you through the process involved in building a custom enclosure that makes the most of the space you have in this issue.

VDub magazine once again brings you cool cars from the VW stable with features on Annie Silva’s VR6 Turbo Mk 2 Golf and a beautifully finished VW Squareback. The powers that be were sent on the VW advanced driving course and they tell you all about it and what to expect.

We show you the steps taken to fit a front mount intercooler to a Mk4 Golf and bring you coverage from the Veedubs Dyno day. Once again, an issue not to be missed! 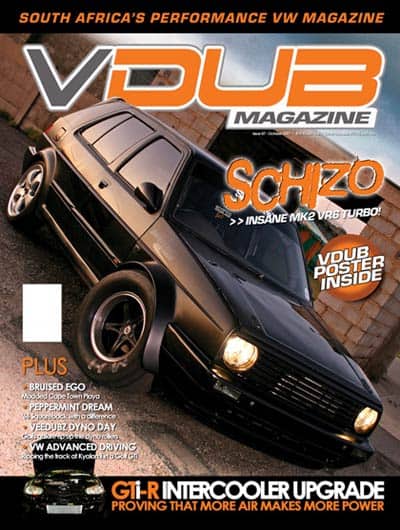 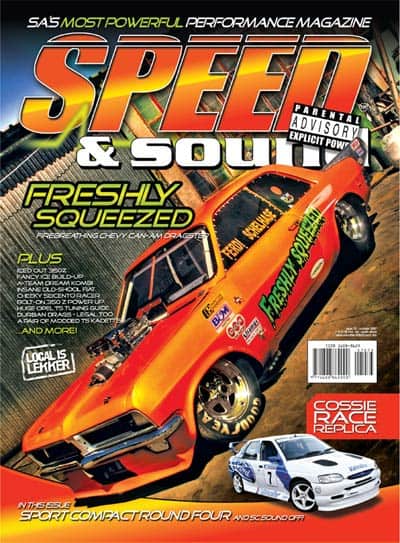