Zoopedup’s Ingrid and her 16v Clio

Team Zoopedup.com is one of the biggest modified car clubs in South Africa, the club’s members come from all races and places creating quite a mix of auto enthusiats at their events and gatherings. One of the reasons the Zoopedup car club has become famous in motorsport circles around the country is that it’s not only guys modifying their cars but girls to!! Ingrid Starke is one such example. Terrorizing the guys on the tarmac at Killarney drag nights or drifting red m3’s around the skidpan, this is all in a days work for Zoopedup’s Ingrid. Her pride and joy is a 1.6L 16V Renault Clio modified in all departments! The car sports a full body kit, neat sound install and a custom interior but we will get more into that a little later on. The reno is her second project car after having dabbled with Volkswagen for starters and then later moving onto the Clio. 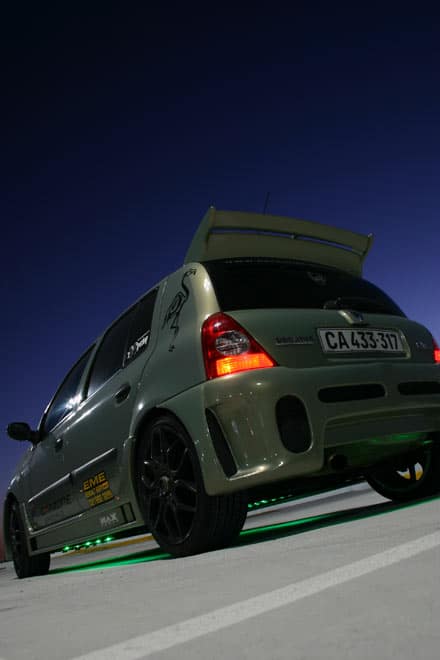 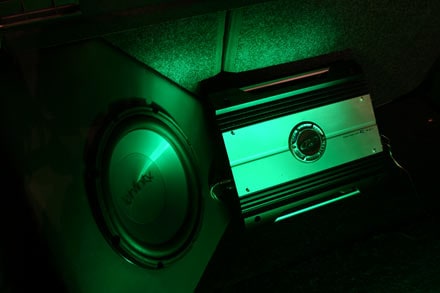 The first modification she hooked up on the car was the exhaust. Adding that extra bit of performance Ingrid went with a 45mm Wildcat free flow running into a VR6 back box. She drove around like this for a while but ultimately needed more power. This resulted in yanking out the old motor and dropping in a 1.6 16V Clio motor with 2.0 16v thottle bodies and injectors. With some speed sorted under the bonnet Ingrid turned her attention to the boot. Now if she comes driving down the road you will be sure to hear her car weather its from the Wildcat exhaust or bass pumping from her 8â€™ Infinity sub hidden in the boot. The sub is fed power by a Pheonix Gold Mono bock 1500w Amp also laid to rest in the boot. With the low bass notes flowing Ingrid installed a set of 6â€™ splits in the back and front doors also from the Phoenix stable. The I.C.E (in car entertainment) setup is rounded off and fine tuned by a Sony Xplod head unit nestled in the dash. The last of the interior mods and her latest modification on the car is the seats. Embroided with green flames the seats have been customized to match the cars exterior. The title â€œWhite Trashâ€ is also embroided in the rest of the seat which is Ingrid’s nickname on Zoopedup.com. 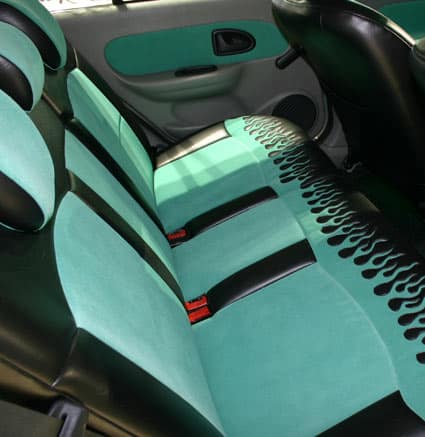 Now lets get down to the real business, with performance and sound fitted the car needed a kit. Ingrid went to her brother, Horst Stake, from Car Zone specials (convenient) and sourced a one of a kind body kit for her cabbie! The Carzone Specials Mk2 sport body kit flows from front to back and is tightly fitten. The kit fits so seemlessly on the car you could be fooled into thinking the Reno rolled off the factory floor like this. The side skirts had to be modified by Miggs auto accessories to fit her four door model. The kit is resting on a set of 17â€™ TSW Xenon wheels sprayed mat black! The wheels are rapped in 205/40/R17 Pirenza soft racing compound tyres and lowered to mother earth with Apex 40mm at the rear. The carâ€™s exterior look is rounded off with green Varad under car ligthing matching the cars colour. Now while Ingrid turns heads on the streets she doesnt to badly on the track either boasting a best time of 16.9 seconds on the quarter mile.

Special thanks must go out to Miggs Auto Accessories, Dents Unlimited, EME Renault Specialists, Gareth Wiese, Exclusive imports and Adults world for my hand cuffs which hang from the rear view mirror!! 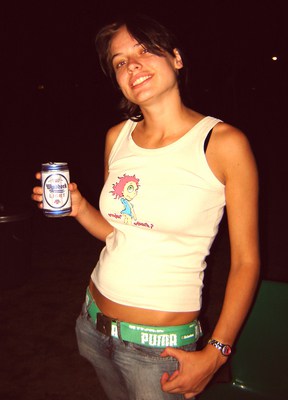