On top of the most wanted cars these year, Porsche Panamera is now official.

First to get the scoop about the four door coupe, were the Dutch from AutoTelegraaf during the weekend,

but today we have it all on paper from Porsche itself.

With an amazing exterior and an interior that will most likely get you drooling, Porsche Panamera is ready to take on Mercedes-Benz CLS, the Audi A7, the BMW CS concept or the Aston Martin Rapide. The biggest surprise however is under the hood where it should pack a range of V6 and V8 engines, that sport from 300 to 500 hp (some are turbos) and a special Turbo S version that is expected to get well over 600 bhp. Porsche also announced that they’ll be releasing a hybrid version, but nothing about diesel. Sales for the Porsche Panamera start in 2009 in US, Europe and Asia, and they plan on selling 50,000 units each year, starting with 20,000 next year. 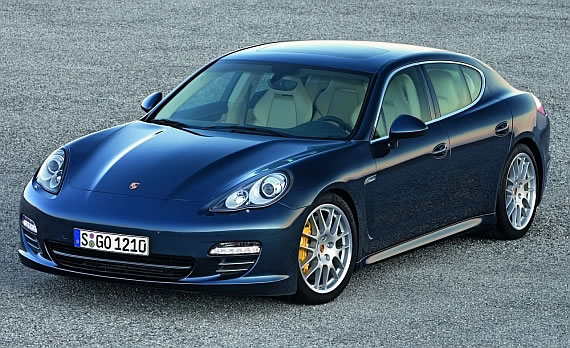 Previous Post Ugliest Mustang in the World?
Next Post Use technology to slow down and avoid fines!