The Truth about Power

You have just taken ownership of your new 225kW BMW 335i. At the traffic lights a normal Mazda 6 MPS pulls up next to you. The petrol head that you are, you know every carsâ€™ power output like you know your two times table. From the last car magazine you read you know this car pushes out 191Kw. You have a whole 34kW more so you figure out that you could smoke him and decide to take him on. Something just never went to plan as you struggled to shrug him off. You trying to understand why he kept up with you and the first thing that pops to mind is that this car must be modified although it was stock standard. 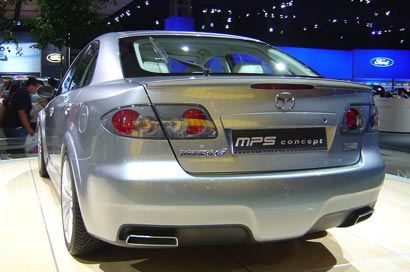 Well there could be various reasons why the MPS did so well but one of the reasons could be the actual power that was transferred to the wheels.

Most car manufacturers quote engine power. The engine is tested in the labs without any drivetrain attached to it. This is how it is historically done as it has the benefit of a controlled environment during test. Adding a drivetrain introduces various variables ie, gearbox, final drive and drive shafts and this is what lead RRI to investigate how much power is actually lost due to this for various car manufacturers.

RRI, Rototest Research Institute is an organization based in Sweden that â€œperforms advanced applied research and development aiming to contribute to the international knowledge base of measurable vehicle performance parameters.â€ They have tested over 500 cars so far to compare manufacturers quoted engine power versus the power that really matters at the end of the drivetrain to understand this subject better. Their results are quite surprising. For example the Mazda 6 MPS quoted engine performance is 191kW. When it was tested the power at the wheels was 196kW. It makes no sense because logically power is absorbed through the drivetrain so it should be less and not more. One reason is car engines with more performance at the wheels than stated in the engines can be due to marketing reasons quoting a lessor figure or the difficulty to control engine performance within small limits. This is a bonus for buyers though. On the other hand as for the BMW 335’s case the power at the wheels is 210kW as apposed to the quoted power of 225kW. There are various discrepancies of up to 20% reduction of the quoted power for the actual power at the wheels for various manufacturers due to bad transmissions or manufacturers just cheating. Another example is the new Golf GT. The quoted power is 125 kW but the power at the wheels is actually 128 kW. Another bonus for the customer. On the other hand the new Audi S3â€™s quoted power is 195kW and their wheel power is 195kW which is spot on. However the Audi RS4’s quoted power is 308 kW but the actual power at the wheels is 257kW. This is a massive power loss which Audi will probably claim it is due to the fancy quattro system although the S3 is also quattro. So how do we really know what our cars are pushing out as it seems most car manufacturers just quote a random power figure for marketing purposes?